I’ve been fascinated with the Heil air motion transformer (AMT) tweeters ever since hearing them in an audio store in Berkeley.  Back in 1972, my girlfriend and I went to audition them, using the same piece that I still use to test speakers–the opening chorus of the St. Matthew Passion.  This piece can be hard to listen to–there is a lot going on, and most of the higher end speakers we auditioned sounded “confused” and couldn’t resolve the complex sound.  But with the ESS AMT-1’s, you could distinctly hear the chorus on either side of the performance area, and you could hear the chorus in the back of the church rise up over the other two about midway into the opening.  With the Heil, the sound was clear, and you could follow the music and hear individual voices, and that was something no other speaker could do.

Of course, you had to listen to the Heil in their relatively small “sweet spot” at ear-level with the tweeter.  Outside of that sweet spot, the high end dropped off dramatically, and the sound wasn’t balanced, and the speakers didn’t present a stable stereo image.  My girlfriend ended up buying the McIntosh ML-10C’s instead, as those were also clearer than any other brand besides the ESS, but they sounded better from all listening positions, and the stereo image was more “natural”.

I remained fascinated with the Heil tweeter and its potential for many years.  I tried making my own diaphragms and magnet structures, and wrote an article for Audio Amateur in 1975 describing the process.  For over 20 years straight I had DIY Heils in my car, and I made many different variations, including a 22″ tall Heil that I used for my computer speakers.  I always liked that clarity and low listening fatigue that you get with the Heil, but I also felt that there was something “wrong” about the driver that made you aware that you were listening to a speaker.  That is, they don’t tend to disappear like other speakers, and there is something wrong about the way they create a stereo image.

After I started making active speakers, I was able to use steep filters to cross over the Heil at a point where the tweeter started to become directional–around 5000-6000Hz for a 2″ by 3″ Heil.  And that crossover fixes the imaging problem.  Even a budget tweeter like those Audax 10mm polycarbonate drivers will help a Heil “disappear” and set up a much more spacious sound, with very good imaging.  So that was the key:  fix the directionality issues, and you can get both clarity and good imaging.

The original patents filed by Heil (now expired) show some drawings for a cylindrical Heil: 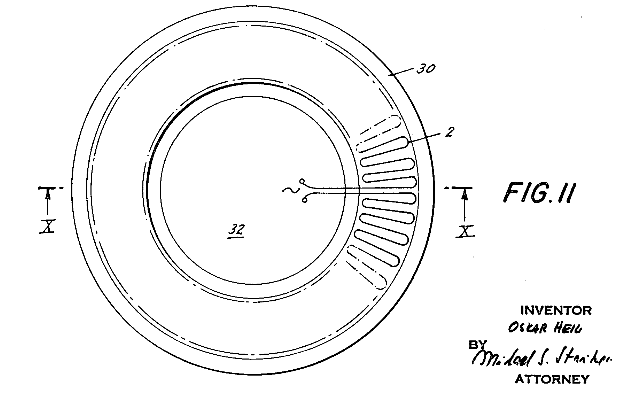 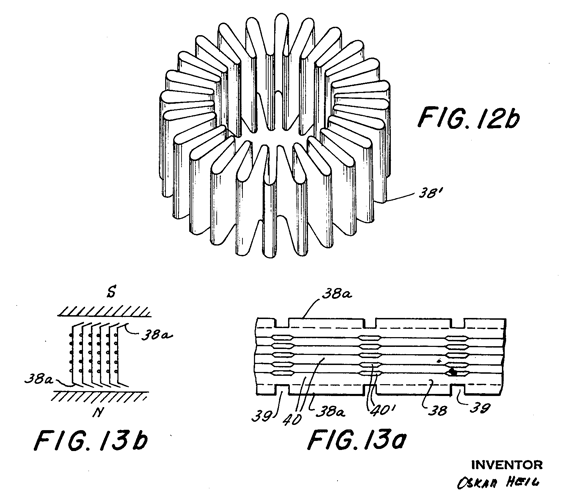 These views don’t show much detail of the magnet structure, but give an idea of how the diaphragm would radiate in all directions.  That’s a start–the 360 degree radiation pattern is one step we need to take to achieve good imaging.  The other step we need to take is to design the height of the tweeter to be less than one-half the wavelength of the highest frequency the tweeter is allocated.  We can achieve that goal by using a very small cylindrical tweeter for frequencies above 5000Hz or so, and crossing that tweeter over to a larger cylindrical tweeter that will extend the response down to the lower midrange.

Unfortunately, after making scores of Heil drivers through the years, you tend to “burn out”, and even though I started a cylindrical Heil, I still don’t have a completed prototype.  The pictures below show the state of the current prototypes.  Both of these prototypes are designed to use commercially-available diaphragms:  the smaller cylindrical Heil will use 4 of the Hygeia RT2002 diaphragms, and the larger Heil will use 4 of the Aurum Cantus AST25120 diaphragms.  I’ve got enough parts to complete one prototype of each size, but not enough for a stereo pair. 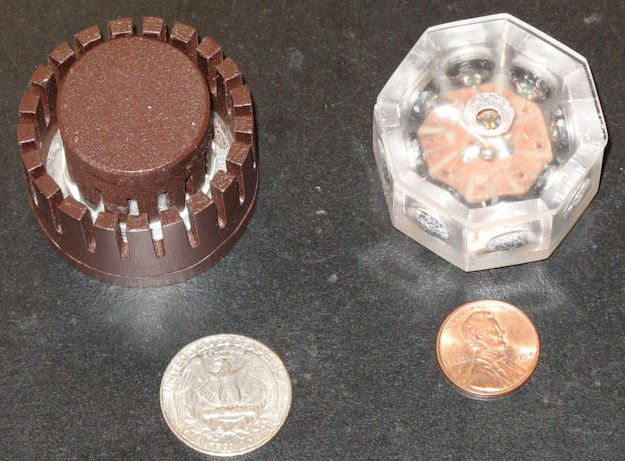 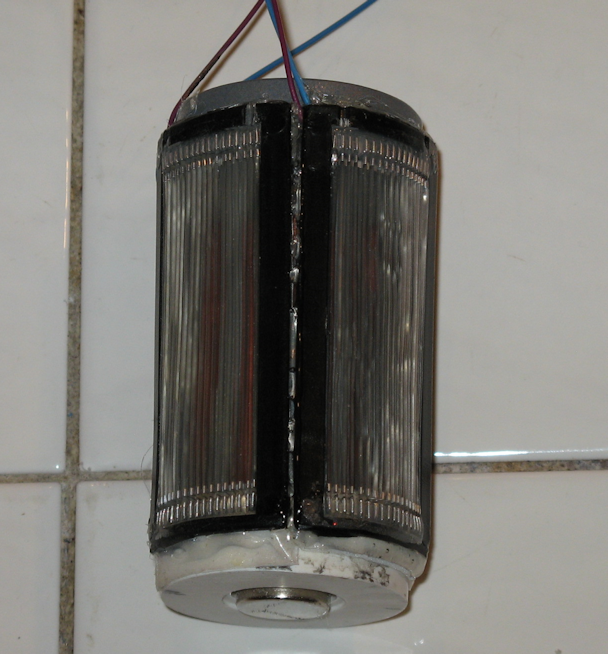 I can understand why I didn’t finish this project, but I’m dumbfounded as to why no other vendor has latched on to the circular Heil and used it in a product.  Oskar Heil documented this cylindrical design over 50 years ago, and it remains “unexplored territory”.  Arya Audio has commercialize a 180 degree version of the cylindrical Heil, but to my knowledge it is still not available.  And their product is “heavy-duty” (see the picture) and it is just a tweeter.  Nobody has commercialized or even written about a larger cylindrical Heil crossed over to the tweeter:  that’s a system combination that will be a success, in my opinion. 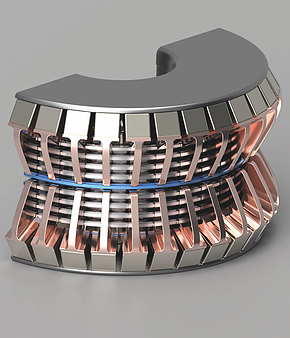 The Arya tweeter appears to use a lot of machining and is probably expensive to make as a result.  However, a very simple cylindrical Heil can be made without extensive tooling, and assembly could be finished by hand with commercially available diaphragms.  Plus, there are a number of alternate magnet structures that could be designed to meet aesthetic goals or to combine the midrange/tweeter assembly with other structures such as furniture.